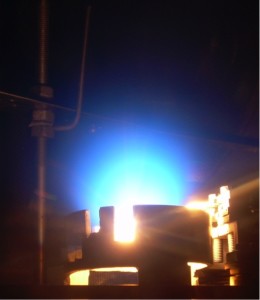 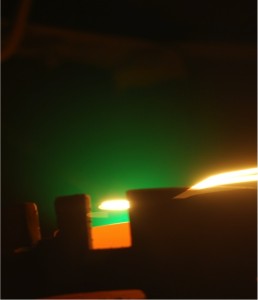 The Thermoionic Vacuum Arc (TVA) is a PVD technique. It is used for the deposition of metal, semiconductor and hydrogen-free and hydrogenated diamond like carbon (DLC) films on different substrates: metals, glass, ceramic and organic materials.

The basic principle of the TVA is ignition of an anodic arc plasma in the vapors of the material of interest which can be either a metal, a semiconductor or graphite. No buffer gas is needed.

The film is created by both neutral atoms and energetic ions. The ionic species have energies of hundreds eV. In TVA plasma, the vapor-phase species are obtained by evaporation, the transport from the source to the substrate takes place without collisions The deposition rate is controllable and can be as low as 0.2 nm/sec but can also get to 70 nm/sec, depending on the deposition parameters and anode material.

The TVA plasma source works under vacuum of 10-6 torr.

This deposition method was discovered over 25 years ago by the Romanian professor Geavit Musa at the Low Temperature Plasma Lab of the National Institute for Lasers, Plasma and Radiation Physics (INFLPR). Since then, the TVA plasma source was continuously studied and improved in our Laboratory. TVA is a promising deposition tool for industrial applications.

A thin film deposition equipment using gas precursors and based on hot cathode arc plasma was patented. Patent No. 123002/30.06.2010.